Steve is married to Sue and they have three adult childrenplus four grandchildren. He has great passion for people to come to know and follow Jesus. He enjoys being with his family and friends, loves sport (Swans, Eels, Sydney FC, Burnley FC, Waratahs) and going out for a meal and movie with his wife. He moved into semi-retirement in May of 2016, after a diverse and effective ministry as an ordained Anglican minister. His first position was as Senior Minister in a country regional parish of NSW (1981-1989 Milton/Ulladulla) and his last as the Senior Minister of a large suburban Anglican Church in Sydney Diocese (2006-2016 West Pennant Hills). In between these years, he has served as the Minister for Evangelism and Discipleship at St Stephen’s evangelical Episcopal church in Pittsburgh, PA (1989-1992) before returning to Australia as an itinerate evangelist, trainer and church consultant with the Department of Evangelism for the Diocese of Sydney (1992-2000). In 2001, he commenced lecturing part-time at Ridley Anglican College in Melbourne, Victoria, training future ministers in Evangelism, Practical Ministry and Biblical Theology of Mission. In retirement, he has provided pastoral leadership and preaching for churches when a senior minister is on extended leave or a parish is awaiting the appointment of a new leader. He is currently filling the role of Acting Senior Minister at FAC while the church awaits the appointment of a new rector. Steve is passionate about Christians and churches becoming more intentional and creative in their outreach. His enthusiasm and energy for life are contagious. 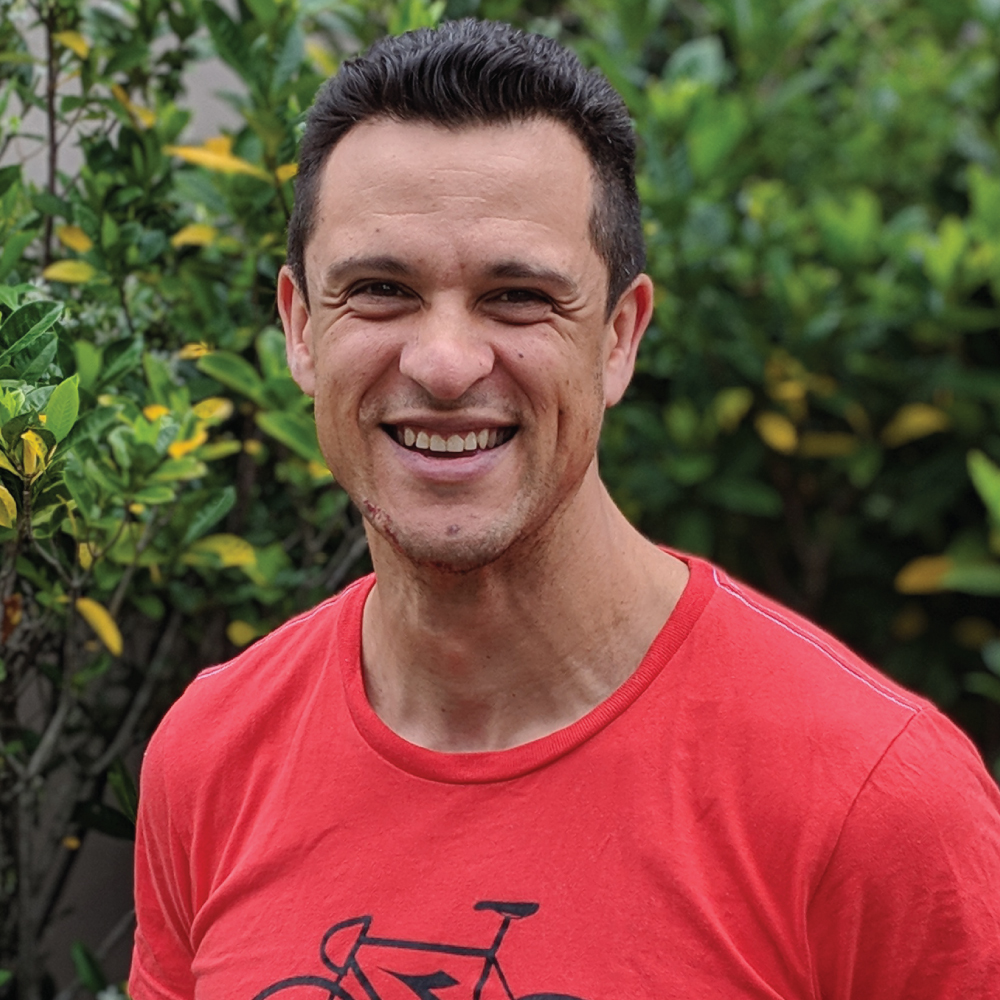 In November 2018, Shane joined the staff team at FAC as the Executive Minister. His previous experience in church leadership provides great support for our Senior Minister, Ian Barnett in accomplishing the Mission and Vision of our church. In overseeing various ministries, Shane provides leadership, training, discipleship and pastoral care. He is married to Rachel. They have three children, Levi, Mia and Riley. 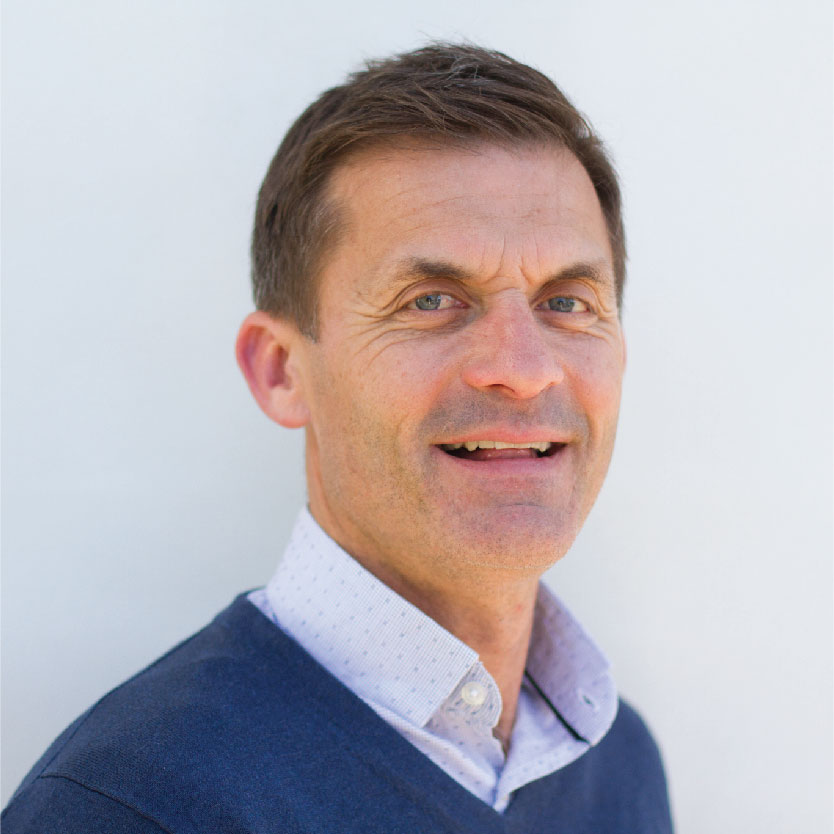 Scott has more than 30 years’ experience working in the communications environment, in particular editorial management and content production across digital media, newspaper, magazine, radio, television and book publishing. Prior to accepting the role as Executive Manager at Figtree Anglican Church, he spent more than a decade overseeing The Salvation Army's publications (both digital and hard copy), radio production and book publishing teams. Scott has been a member of Figtree Anglican Church for the past 15 years. In that time, he has been involved in a number of church ministries including Missions Committee, co-leader of The Shed men's group, Ignite youth camp houseparent, Year Group parent (youth ministry) and communion co-ordinator. Scott is married to Anne and they have three daughters, Cait, Molly and Skye. The family all attends Figtree Anglican Church. 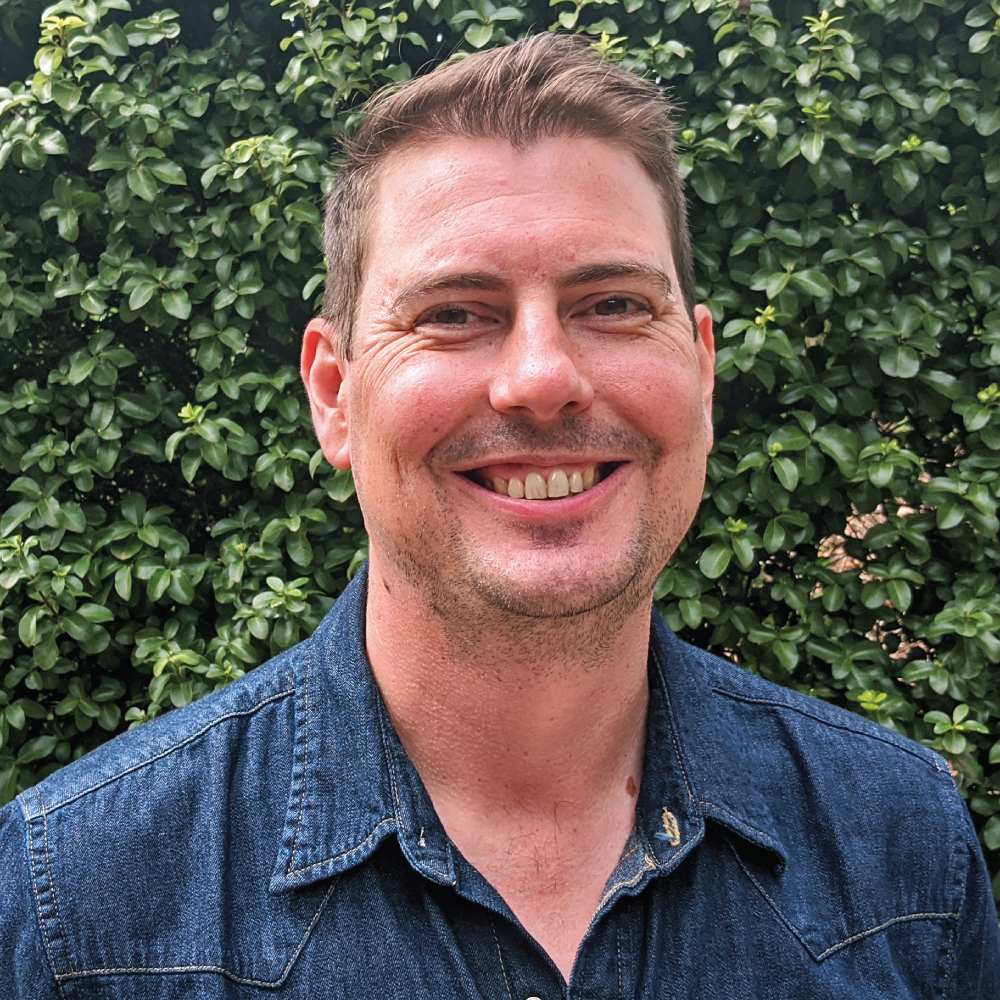 Greg joined the ministry team at FAC in September 2014. He is responsible for developing and shaping the culture and content of creative arts and worship to ensure the arts are utilised in the achievement of our mission and vision. Greg is also responsible for providing spiritual and creative leadership to all artists to ensure that the arts ministry is contemporary, inspirational and at all times, God honouring. Prior to taking up his role at FAC, Greg was Assistant Faculty Head of Music and Song Writing at C3 College Oxford Falls for 5 years. He also brings a wealth of experience in the field, having worked professionally as a musician and music producer for over 10 years in Sydney. Greg is married to Whitney. They have two beautiful daughters Audrey and Mia, and a good boy named Hugo. As one who got to know Jesus through FAC, Langdon is excited to join the staff in October 2017. In the role as Evangelism Director, Langdon looks forward to celebrating how we are already reaching out, equipping us to keep engaging people with the gospel, encouraging us to be intentional, and championing evangelism and mission. Langdon has served with Evangelism Explosion since 2002 and is fresh from being based in South Carolina for the last 5 years. 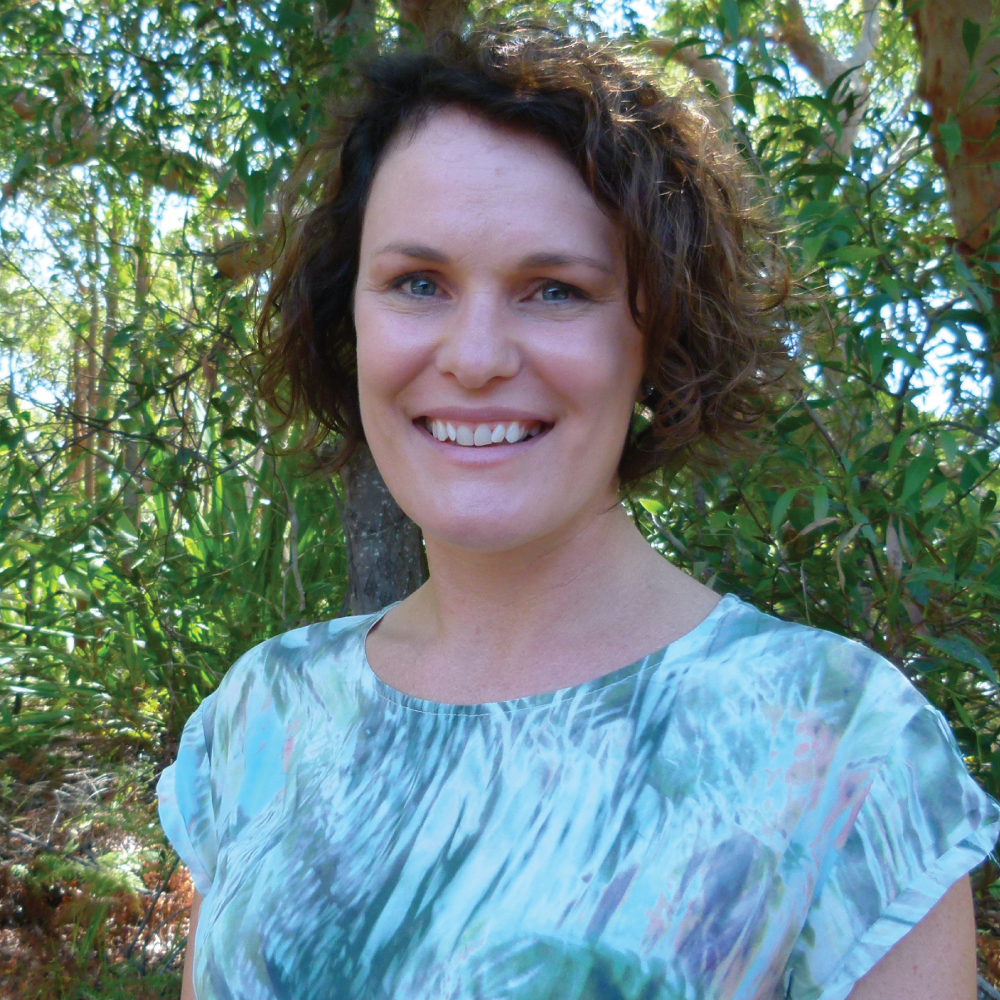 Jo joined the staff team in May 2018, following a review and restructure that resulted in the creation of this new role. Jo’s mission heart to see people connected into the church family is significant for this role, as she oversees our LifeGroups and activities that support a greater level of connection into the church community and discipleship of members. She is also passionate about women growing in their relationship with God and with others and will be overseeing events and activities that will facilitate this for our church. Together with her husband Tim, Jo has been a long time member of FAC serving and leading in a whole range of ministries over many years. They have two daughters, Jayda and Zoe. 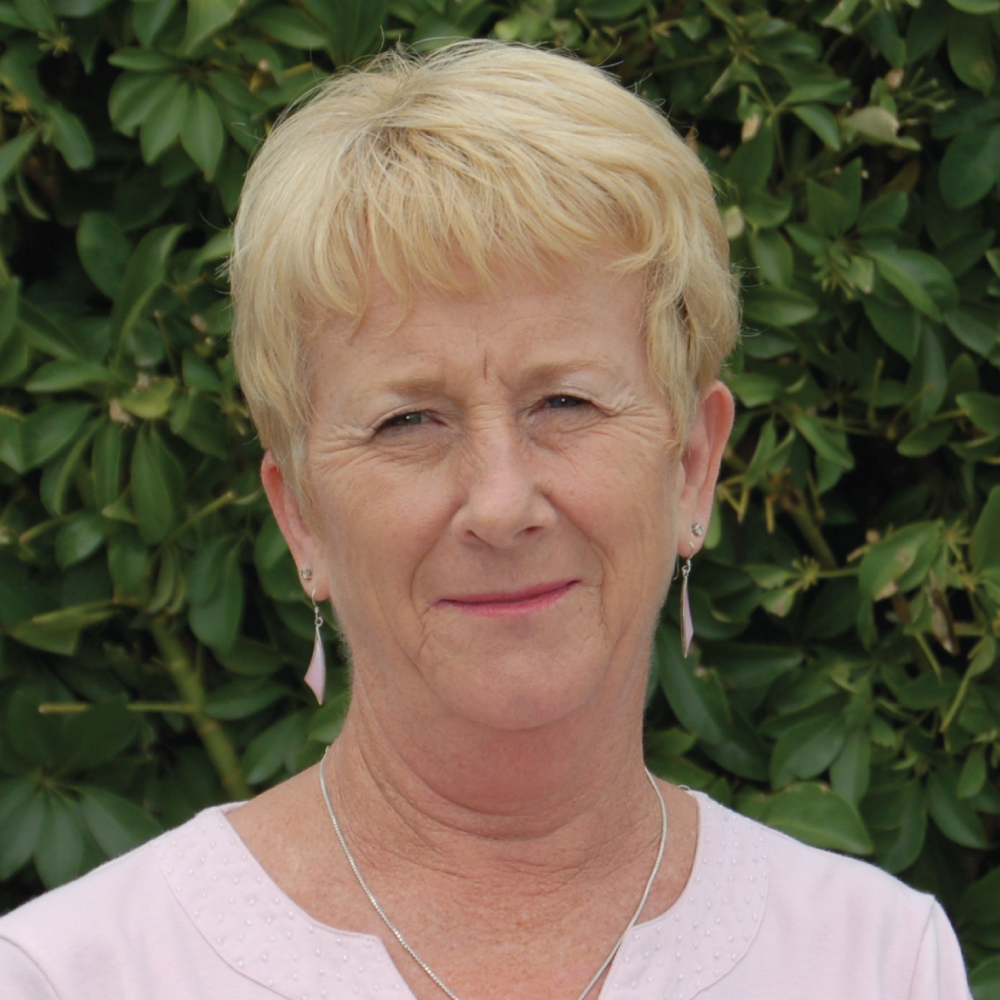 Fay has been a faithful member of our Figtree Anglican community since the early 1990s, attending the 10am service. A couple of years after joining this community, Fay joined the dedicated Pastoral Care team and counts it a privilege to work in the valuable, and often behind the scene ministry of pastoral care. This small but dedicated team are committed to caring for the whole person with practical, physical and spiritual needs, providing care beyond that which takes place in LifeGroups. Fay has 3 adult children and 6 beautiful grandchildren. Adele joined the administration team in 2010, taking on the position of Office Manager in 2012. She is responsible for the broad range of tasks associated with coordinating a very busy front office, which includes organising service support and site maintenance rosters and providing administrative support for ministry events and our Sunday services. She also oversees and encourages some of the wonderful volunteers who assist in the office during the week. Adele is married to Mario and they have two children, Joshua and Stephanie. She enjoys time with her family, reading, watching movies and participating in Physical Culture. 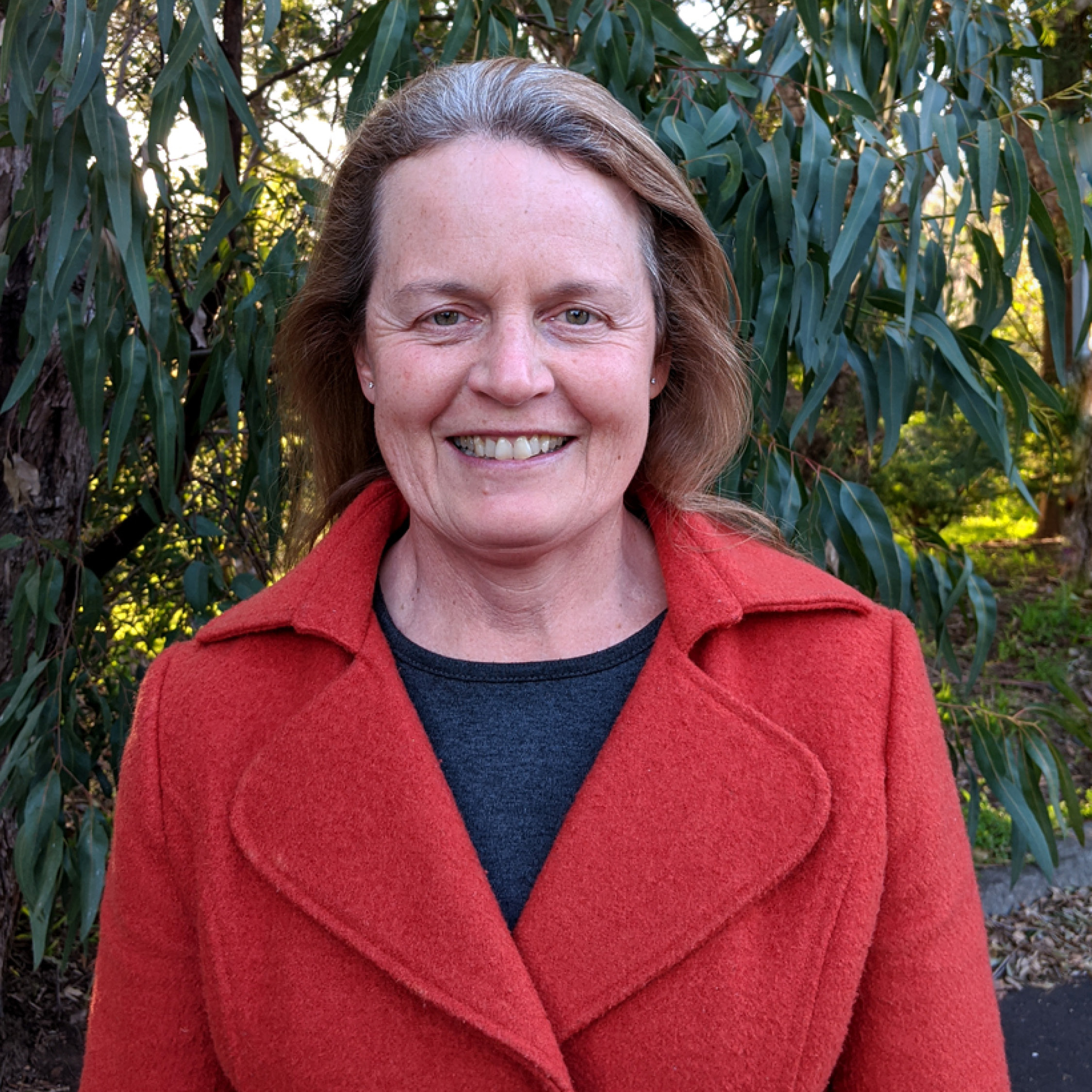 Carolyn has been attending Figtree Anglican for 20 years, initially at 10am service and most recently 6pm. Carolyn joined the administration team in 2020, taking on the position of Accounts Officer. In her role she is responsible for a range of bookkeeping/cash management functions that provide financial administrative support for the efficient running of ministries. She also processes giving to our Gift Day and mission projects. Carolyn is married to Robert. She has 2 adult sons, 4 lovely step-daughters, and 7 grandchildren. Jenny grew up in Sydney and the Southern Highlands. She is married to Tony and together they have 7 children and 8 grandchildren. They have lived in a number of locations, returning to Wollongong in 2014. Jenny trained as a Food and Textiles High School teacher but has spent the last 30+ years also involved in ministry to kids. She has always had a love of teaching kids and training others to do the same. This passion saw her join the children’s ministry team in 2015, where she counts it a privilege to create a fun environment where kids can learn about Jesus and grow in their faith. Food, gardening, family and kayaking are some of her favourite things (not in that order!)

Melissa commenced in this role in March 2018, bringing a diverse range of administrative experience to the position. She works alongside the Children’s Ministry team to provide organisation support and the infrastructure that enable the various activities, events and ministries to run efficiently. Melissa is also responsible for maintaining accurate records including compliance with WWC check and SMT. Melissa and her husband, David, attend the 10am service, together with their 3 children, Abigail, Ezekial and William. 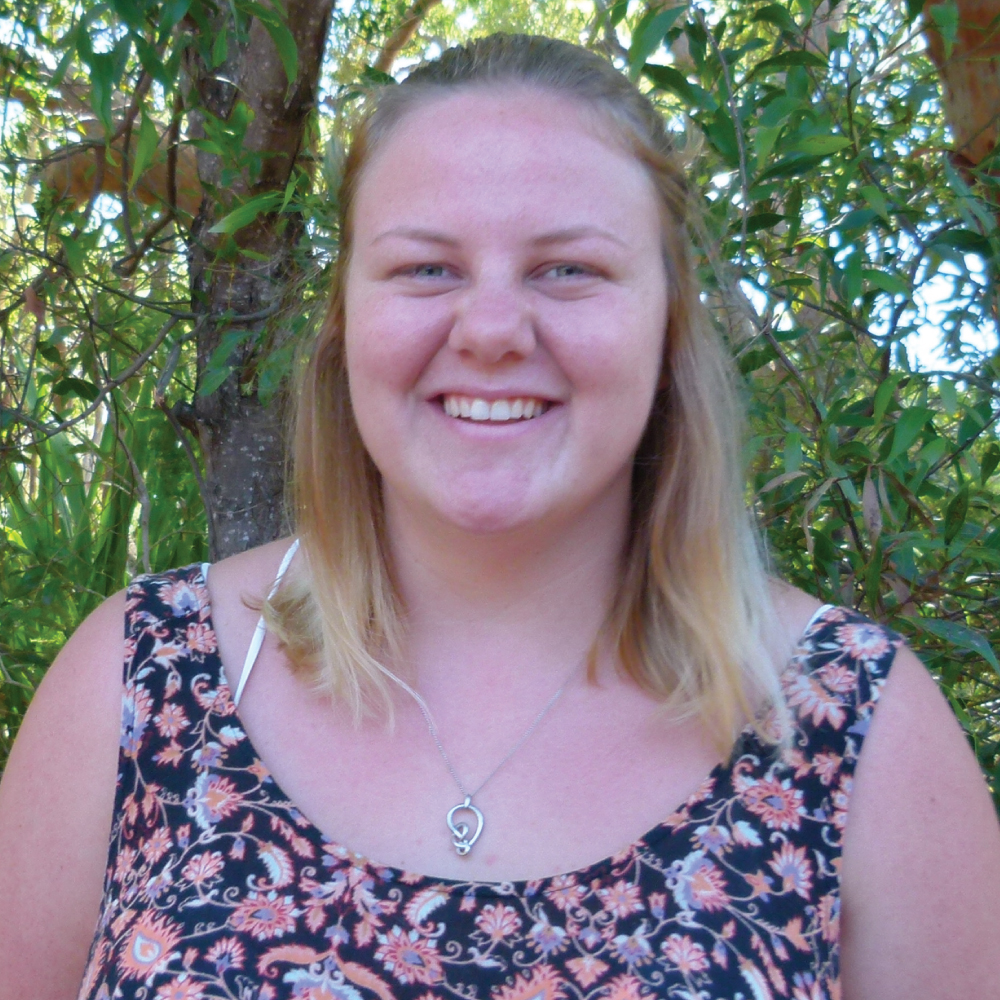 Ruth Barnes was appointed to the position of Youth Pastor in April 2020. Her role, along with Josh Hawkins, is to oversee the vision, leadership, training and organisation of Figtree Youth and its leaders. Ruth particularly focuses on the teaching of Figtree Youth, at Friday Night Youth and Fuel, as well as the pastoral care of leaders. She is passionate about youth and young adults growing in their desire and relationship with God. Prior to her position, Ruth was a Youth Intern at Figtree Anglican and a Student Minister. She is currently studying her Masters of Divinity at Ridley College. Ruth has been a member of Figtree Anglican for most of her life, and has loved growing up in Figtree Youth and being a part of leading Friday nights and our annual Ignite Camp. 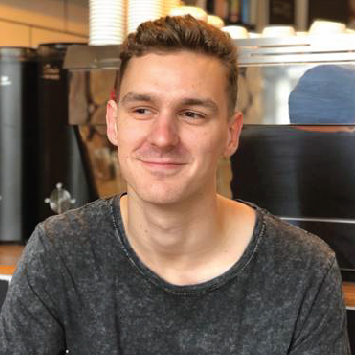 Josh was appointed to the position of Youth Pastor in April 2020. His role, along with Ruth Barnes, is to oversee the vision, leadership, training and organisation of Figtree Youth and its leaders. Josh has a Masters in Primary Teaching and works as a casual teacher in some of our local schools. Josh has attended Figtree Anglican his whole life, and loved attending kids church and youth group growing up. Josh serves on our worship team on Sundays and over the last few years has lead worship and creative teams at Ignite and Friday Youth. After completing her degree in design at Billy Blue College, Jordan was appointed in February 2015 as one of our first 410 Interns. Following completion of her internship, Jordan was appointed into the Communications and Design position, with an expanded responsibility for developing advertising, branding and design solutions across a whole range of FAC ministries. She is also responsible for overseeing the development of our online presence to achieve a higher level of visibility for FAC and is particularly keen to ensure we are using strategies that facilitate effective and creative communication. Jordan has been a member of FAC for most of her life, with her family belonging to the FAC community for many years. She loves leading Spark on Friday afternoon and being a leader on Kids’ Fun Days and Ignite Camp.

Daniel, also known as DT, studied a Bachelor of Medical Mathematics (Honours) at UOW, graduating in 2017. He currently works at Figtree Anglican as the 410 Youth Intern, and part-time at UOW as a data analyst. He enjoys long walks on the beach, relaxing with friends, playing music and watching musicals. Daniel is hoping to gain further experience in ministry as he works and studies during his time as an intern. He is thankful for the privilege of being a youth leader, and a part of the 6pm worship team.

Logan has grown up in the Illawarra and is a member of our 6pm service community. Logan is excited to learn about ministry during his time as a 410 Kids Ministry Intern. He is a talented rugby player and has achieved moments such as representing the New South Wales Association of Independent Co-education Schools open team. Logan enjoys being a leader at Spark on Friday afternoons and values the opportunity to be a youth group leader on Friday nights. Along with studying a Bachelor of Primary Education at the University of Wollongong, Logan is studying ministry through Ridley College as part of the 410 Internship program. CJ has been attending Figtree Anglican his whole life. In 2020, he joined the staff team as a 410 intern, working alongside Creative Arts & Music Director, Greg Bell, as the Creative Arts 410 Intern. He is excited to learn lots about working in ministry at Figtree Anglican during his internship. He is also keen to learn as he undertakes a ministry course at Ridley College. CJ enjoys serving as a youth leader and on the 6pm music ministry team. CJ loves coffee, riding bikes and playing guitar.